Smoking Among Athletes: Keeping the Next Generation of Athletes Tobacco-Free

You can’t perform at your peak if you smoke, but some athletes still do it. For the good of their careers, and to maximize their potential as positive role models, we need to help more of them quit. 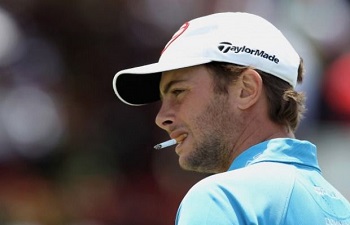 Athletes are supposed to represent the pinnacle of health and fitness. It takes years of training, hard work, dedication and perseverance to ascend to the top of their field, and it’s physically demanding every step of the way. However, as with any other group in society, smoking among athletes is a serious issue. Contrary to what you may assume, some athletes do smoke or use tobacco in another form, and the implications of this for their own health and the well-being of their fans are very serious.

With kids looking up to them and teammates depending on them, athletes who smoke are risking a lot more than just their health.

The Effect of Smoking Cigarettes on Athletes

Smoking is bad for anybody, but for professional athletes, the immediate downsides are more obvious and the long-term consequences could be career-destroying. The effect of smoking cigarettes on athletes can be described very simply: it reduces their endurance, it impacts on their performance and it makes them more likely to get injured.

Smoke contains carbon monoxide, a very harmful chemical that disrupts the process through which the muscles obtain oxygen. Your muscles need oxygen to perform their function, and a reduction in the oxygen making its way to them means that muscles don’t work as effectively. This decrease in oxygen supply is worsened by the other effects of smoking, notably that it constricts the blood vessels. This means that athletes who smoke get tired more quickly and won’t be able to build muscle as effectively.

These negative effects are why most athletes don’t smoke. For a budding athlete, the reduction in performance and stamina that comes with smoking could mean the difference between a successful career and a life on the bench. To stay in peak physical condition, you shouldn’t smoke at all.  However, despite this immediate impact on their jobs and the well-known risks of smoking, not all athletes have successfully quit smoking.

Tobacco Use and Smoking in Youth Sports

Smoking among professional, adult athletes is uncommon. As shown above, smoking hinders athletic performance, and when you’re at the top of your field, avoiding anything that’s detrimental to your performance is essential. However, one of the biggest concerns with regards to smoking among athletes is for young people, and evidence shows that youth athletes at college or high school level sometimes smoke.

A study looking at waterpipe and cigarette smoking among college athletes found that students participating in sports were less likely to smoke than those not participating, but smoking rates were still high. Just under 10% of varsity sports athletes had smoked a cigarette in the past 30 days, and the figure was around 15 percent for those participating in club and intramural sports.

For waterpipe use (i.e. hookah use), those participating in varsity sports had slightly lower but similar rates of use in the past month (6.1% vs. 7.2%). For club and intramural sports, athletes had slightly higher waterpipe smoking rates than non-athletes, at 10% and 9.4%, respectively, compared to 6.8% and 6.5% for non-participants. Smoking through a waterpipe is still smoking, and so the impacts on athletic performance are similar, although they’re likely to smoke less often than cigarette smokers.

Should Athletes Be Non-Smoking Role Models?

Although professional athletes largely avoid smoking, this isn’t the case for all professional athletes, particularly baseball players who commonly use smokeless tobacco. Historically, tobacco companies were eager to promote their products among sports players, because any association with healthy athletes would be seen as an endorsement that smoking wasn’t as dangerous as we now know it to be. Cigarette companies even promoted their products as a way to stay thin and thereby able to compete in physical sports.

Promotions such as this are things of the past, and now adult athletes are predominantly non-smokers. However, the rates of smoking among youth athletes show that more needs to be done to convey the dangers of smoking to youth, and in particular its detrimental effect on the ability to exercise and play sports.

Adult athletes could play a central part in getting this message across. While some sports players may not want to be role models, the unavoidable fact is that they are. Young Americans look up to them, and the more athletes who take an outspoken stance against smoking and tobacco use, the more youth (athletes or not) will be receptive to the positive anti-smoking messages coming from schools, the government and elsewhere.